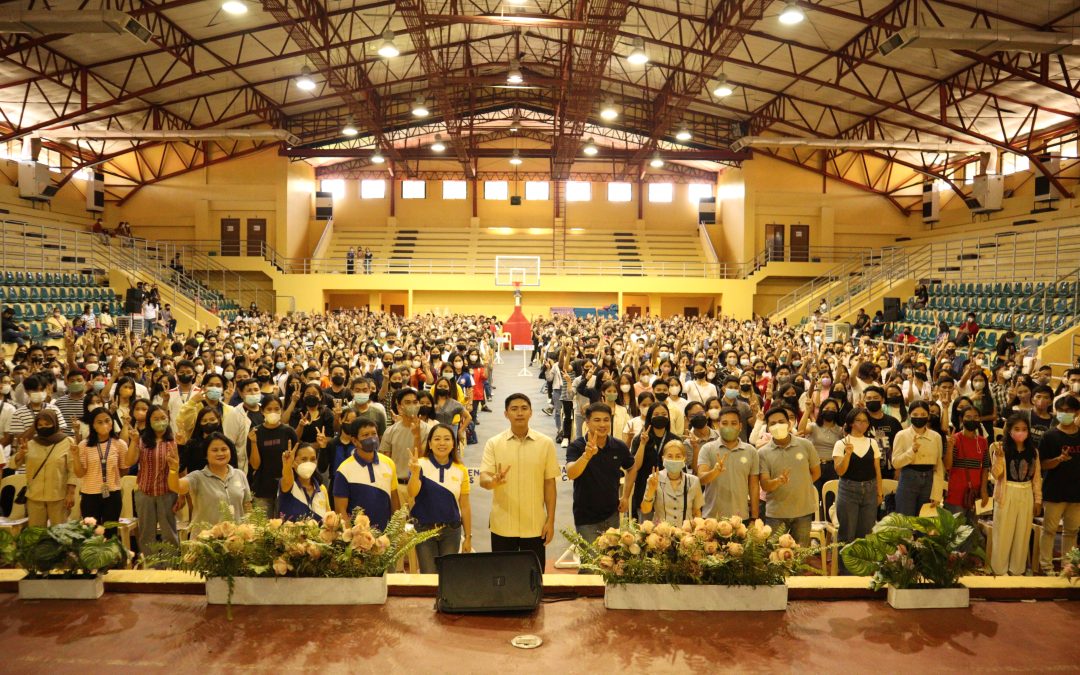 Bigger smiles were flashed by some 1,740 students of Pangasinan State University as they received their scholarship grants from the provincial government of Pangasinan during the distribution ceremonies held at the Narciso Ramos gymnasium.

The financial assistance, with a total amount of Php17,400,000.00 pegged at Php10,000 per student, was released by the provincial government for students who are enrolled in the nine campuses of PSU.

The first batch of recipients received their scholarship grants on October 5 in a ceremony led by Vice- Governor Mark DG. Lambino and Special Assistant to the Governor Von Mark Mendoza.

For the second batch, students from Alaminos City (150), Bayambang (300), Infanta (80) and Lingayen (402), received their assistance from Board Member Theodore Cruz and PSU President Dr. Dexter R. Buted during the distribution on October 7.

The University President also extended his gratitude to Gov. Ramon ‘Mon-Mon’ Guico III for the provision of financial assistance to the PSU students dubbed as ‘Mga Iskolar ng Bayan’.