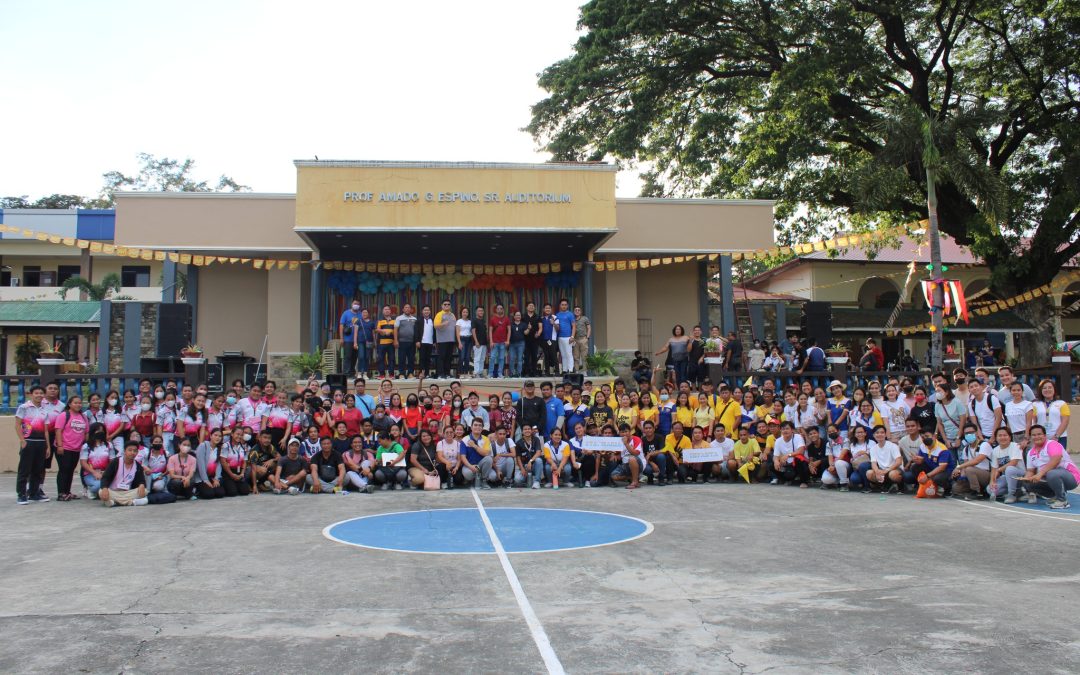 Clad in sportswear bearing various hues of their campus sports colors, employees from the nine campuses of PSU and the main campus travelled to Bayambang to take part in games of palo-sebo, kadang-kadang, Maria went to market, pukpok palayok, patintero and hulian ng biik.

A colorful line of well-wishers and dancers greeted the delegates as the sound of festive music and drums reverberated throughout the campus.

The parade was followed by a program at the grounds highlighted by a dance presentation by the Matalunggaring Dance Troupe with the Bachelor of Physical Education (BPED) students of the host campus and the formal opening of the games.

Dr. Ramil Dacal, Director for Culture and the Arts, stated the purpose of the activity which are to preserve the indigenous games and introduce these to the generation of today.

PSU’s 43rd founding anniversary Over-all Chair Dr. Ian Evangelista urged everyone to reflect on the core values of being a PSUnian and what PSU has done for the past 43 years.

A burst of colors and loud cheers erupted in every game played by the contestants. The ‘katuwaan ‘ games were enjoyed by the employees who continued to uphold teamwork, unity and respect throughout the Palaro.

Leading the joy of PSUnians in this breather from work is University President Dr. Dexter R. Buted whose leadership adheres to the Filipino educational philosophy that education is geared towards better citizenship and that a balance of work and play is deeply needed.