Pres. Buted announces opening of Search for the next PSU President 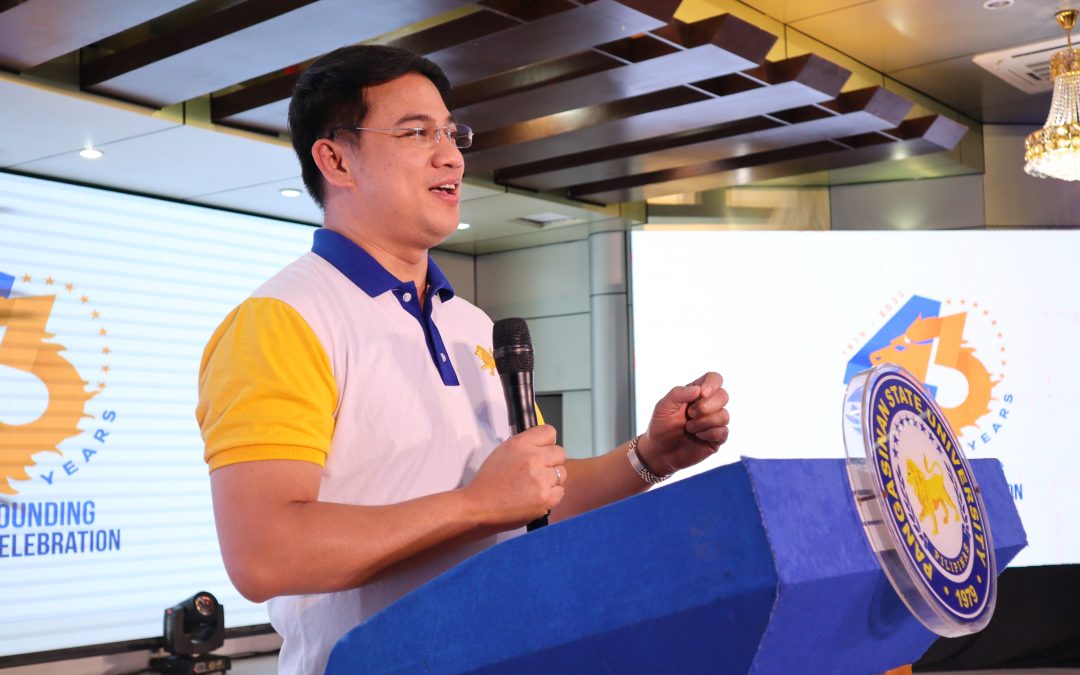 In a program that signaled the start of the weeklong 43rd founding anniversary celebration, Dr. Buted said he highly appreciates the leaders, people and groups who signed various manifesto to request for the extension of his term but the academic leader said he is ready for his graceful exit and is prepared to relinquish the presidency to the next leader.

“With conviction, maraming salamat sa inyong lahat. Join me in prayer (to God) to give us the best leader who will lead PSU,” Dr. Buted said.

Dr. Buted said he hopes that the next president would continue to cultivate and transform the next generation of students and workers into better citizens of the province and the country.

He continued to thank the national leaders for being instrumental in the success of PSU and the past five presidents of the University for their contribution in the attainment of quality education for Pangasinenses.

The minimum requirements for applicants for the next President is posted at PSU’s official website and Facebook page.

Pangasinan State University was chartered by Presidential Decree No. 1497 promulgated on June 11, 1978 signed by then President Ferdinand Edralin Marcos. It became fully operational on July 1, 1979.