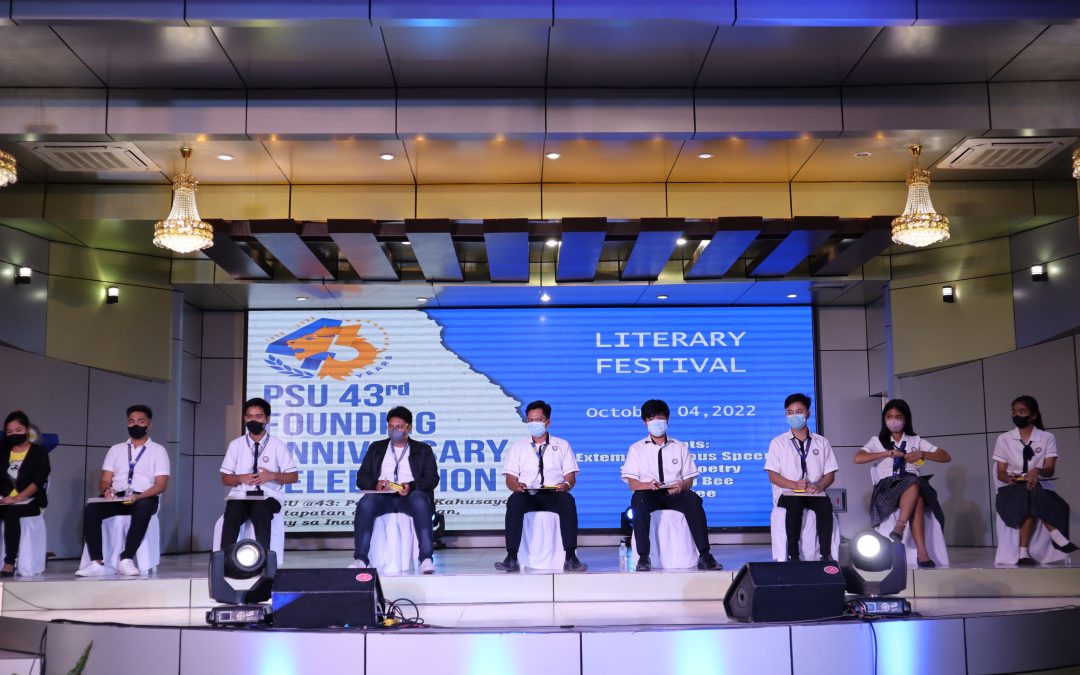 The second day of the week-long celebration of PSU’s 43rd Founding Anniversary featured the Literary Festival that depicted the relevance of literature in society.

Literature serves as a bridge among cultures and generations as well as a tool for developing information and knowledge.

Thus, the Literary Festival included various competitions including extemporaneous speech, spoken poetry, spelling bee, and quiz bee that tested the sharpness and competence of the students and employees from the nine campuses of PSU.

“Today the four events will show off the “kahusayan”which is excellence and “katapatan”, the integrity of the PSUnians and goodness of our hearts. This is showing off what we can offer to our inang bayan and to the world as well,” Dr. Amado stated.

The overall chair for the 43rd Founding Anniversary Dr. Ian D. Evangelista gave his insights on the event.

The whole gathering brimmed with mixed emotions as the students and employees delivered their literary pieces. Others were thrilled to answer the questions as the spelling bee and quiz bee began.

Adding delight to the activity, Dr. Buted distributed Ice cream for all, quenching the thirst of the participants, as well as providing livelihood to the ice cream vendors in the
community.

Enjoyment was visible on every face of the audience.

Without a doubt, Pangasinan State University is really a home of growth and development, where both the students and employees may enhance their potential and wholeness as individuals.