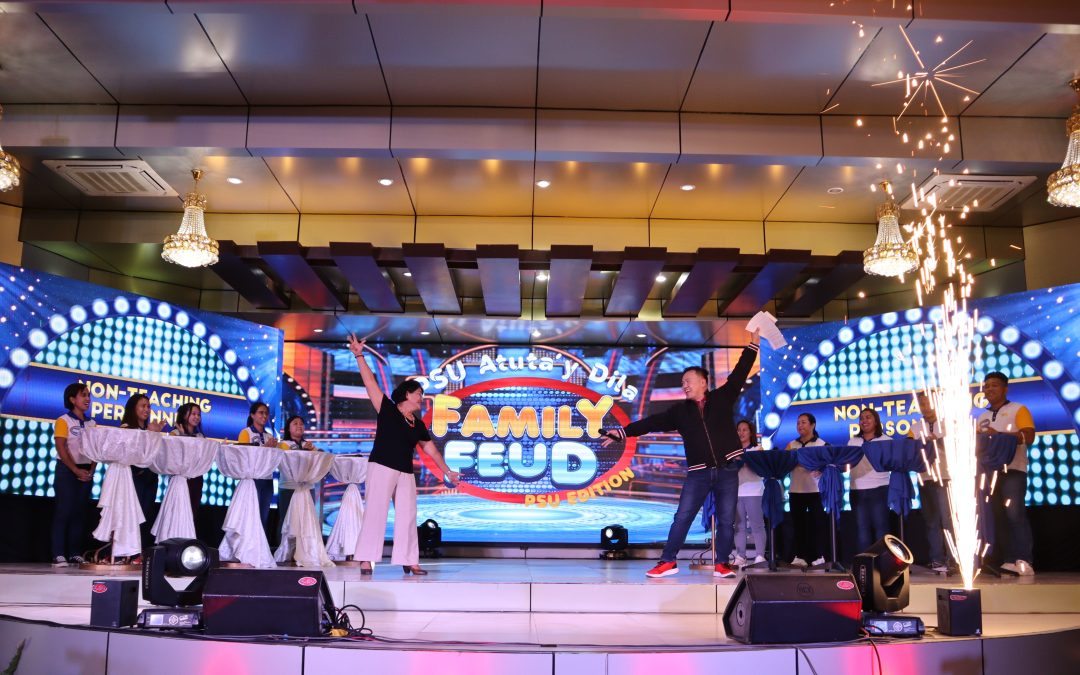 How well do you know Pangasinan State University?

Adopting one of the most popular television shows, PSU showcased its own edition of Family Feud, dubbed, ‘Atuta’y Dila’, as part of the activities for the first day of a week-long celebration in line with the university’s 43rd Founding anniversary.

‘Atuta’y Dila’ is a Pangasinan term or expression that refers to the activities in speaking or talking like a discourse.

Floating survey questionnaires prior to the event, the Committee asked multiple sets of questions about PSU employees, students and everything related to the University.

Contestants from the nine campuses were categorized into the non-teaching and teaching personnel and were made to guess answers to specific questions.

Another round was conducted for the university officials led by Dr. Dexter R. Buted, who gamely played with his co-workers and where the battle of wits, critical thinking, gut-feel and humor was continuously showcased.

Adding delight to the contest is the comic duo of the Director for Culture and Arts, Dr. Ramil L. Dacal and the Director for Innovation Support, Dr. Catalina C. Platon, who hosted the game show.
Dr. Buted, as well as the Vice-Presidents, university officials and employees filled the Dr. Telesforo N. Boquiren Convention Hall with glee and amusement.

Amidst giggles and cheers, PSU is indeed an educational institution serving as a second home full of laughter and love for its employees.