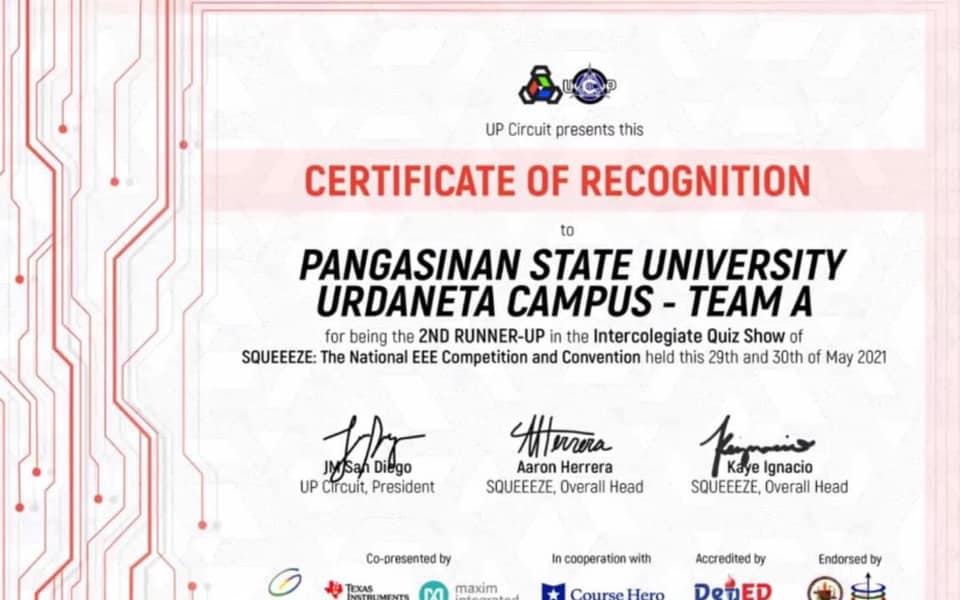 The event was held for two days, commencing on the 29th of May, where only ten (10) of the seventy-two (72) teams will advance to the semifinal round. The next rounds of the competition were held the next day, where only half of the ten (10) semifinalists will proceed to the final round. The PSU-Urdaneta Team A bared their fangs and claws as they clashed with one team from De LaSalle University, two from the Technological University of the Philippines – Manila, and a team from the University of San Carlos – Cebu. After a fierce showdown of grit and intellect, the DLSU team was declared the champion, TUP – Manila in the second place, while the PSU – Urdaneta Team A ultimately secured the third place.

The SquEEEze Intercollegiate Quiz Show was intended for Electrical, Electronics and Communications, and Computer Engineering students and was organized by the UP Circuit – University of the Philippines – Diliman. 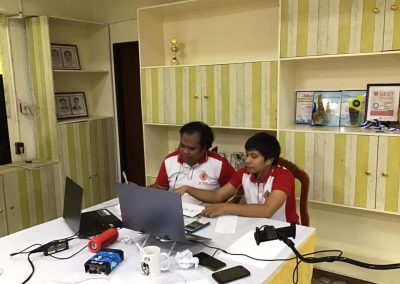