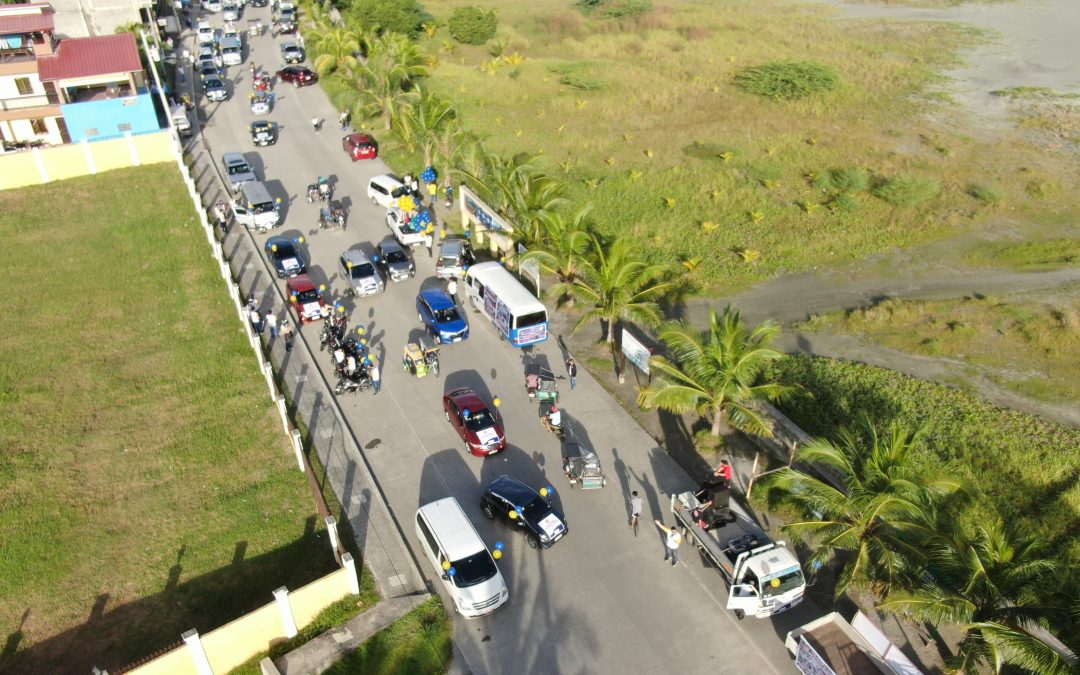 Various vehicles adorned with blue and yellow balloons filled the streets of Lingayen and Binmaley towns early morning today as the Pangasinan State University kicked-off its 43rd Anniversary Celebration with a grand motorcade.

University President Dr. Dexter R. Buted led more than a hundred vehicles that included motorcycles, cars, buses and trucks as the motorcade traversed the main thoroughfares of the towns accompanied by the Drum and Lyre Corps of the Zaratan Educational Institute.

Teaching and non-teaching employees from the nine campuses of the University jubilantly took part in the activity that also showcased the awards and recognitions received by PSU for the past 43 years.

The activity signaled the start of a week-long celebration filled with thanksgiving, fun, laughter and camaraderie that includes a Eucharistic Celebration, Research Exhibit, Boodle Fight and the PSU Atutay’ Dila: Family Feud for the first day (October 3).