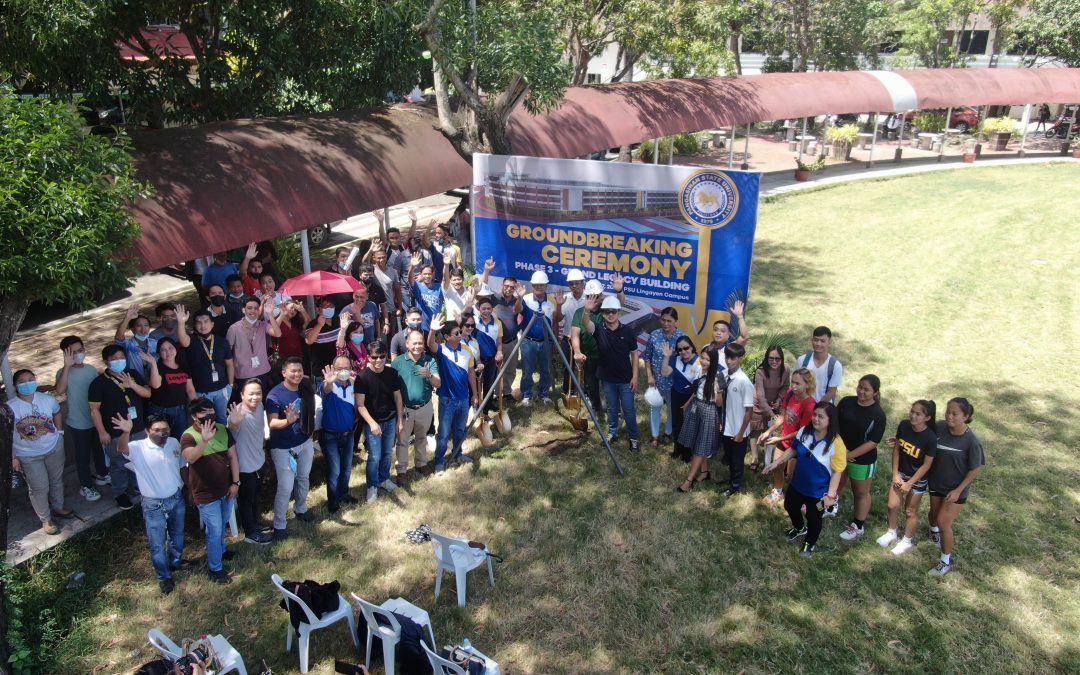 Legacy, as the name dictates, is something that is passed on but can take many forms. It can be monetary, or in the form of assets, faith, ethics and core values. Legacy may also come from one’s character, reputation and the life one leads.

For President Dr. Dexter R. Buted of the Pangasinan State University, legacy is all of these rolled into one.

Two months before he steps downs as the President of PSU, Dr. Buted led the ground breaking ceremony of the third phase of the Grand Legacy Building – an edifice of 14 additional classrooms that can accommodate some 800 learners.

“This is for the students. This Legacy building may be seen as stately or grand but the most treasured form of legacy is intangible – the reason for building this, the memories, the friendship and the respect that we earned while we were here.

Infront of the university officials, heads and students who attended the ceremony on October 7, Dr. Buted challenged the next administration of PSU that at least Php 300-million is needed to complete the nine phases of the Grand Legacy Building.

“A challenge to the next president, in a span of 3 to 4 years, kapag gusto na ituloy ang proyektong ito ay hindi imposible na makumpleto ang Grand Legacy,” he said.

Once completed, the ground surrounded by the building will be named Magsaysay Stadium, in honor of what the area is called in this part of Lingayen town, long before PSU was established.

Another legacy that Dr. Buted is set to pass on to the PSU is the Golden Lion Hotel which costs half a Billion pesos sourced internally from the Income Generating Programs of the University. It boasts of 43 well-appointed rooms, function hall, restaurant, gym, spa and an ASEAN Hall.