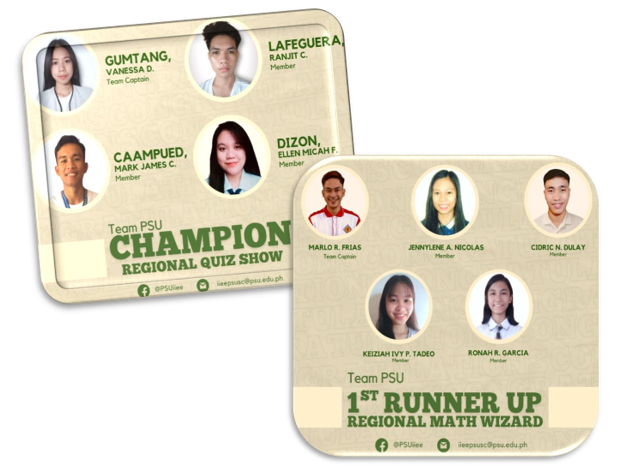 Further, Pangasinan State University – Urdaneta City Campus is covered under the Institute of Integrated Electrical Engineers Region 2 – Central Luzon Region. The academic competition has allotted three rounds: easy, average, and difficult round. The platform used in answering is Quizizz, whereas the time grant for each team varies depending on the difficulty level. Best wishes as you unleash your potentials and leave a trail for people to tread — go forth, conquer, and give it your best shot as you have secured a spot in the 𝙉𝙖𝙩𝙞𝙤𝙣𝙖𝙡 𝙡𝙚𝙫𝙚𝙡.