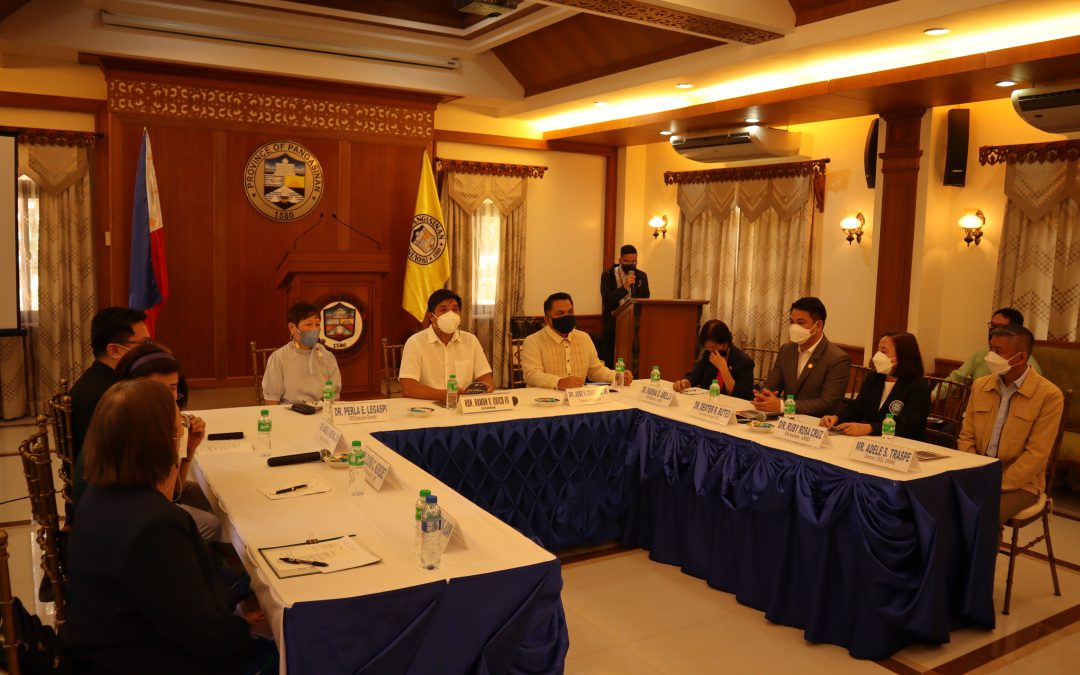 Progressing towards inclusiveness, relevance and innovation, the Pangasinan State University is now a partner of the Center for Pangasinan Studies (CPS) side-by-side other Higher Educational Institutions in the province.

A Memorandum of Agreement signed on October 6, 2022 at the Urduja House of the Capitol Compound between and among the provincial government of Pangasinan led by Governor Ramon V. Guico III, the Center for Pangasinan Studies led by its Director Dr. Perla Legaspi and University President Dr. Dexter R. Buted, formalized PSU’s involvement in the CPS.

The CPS is an institution established by the Local Government Unit of Pangasinan through Provincial Ordinance No. 198-2018 on July 18, 2016 in collaboration with the University of the Philippines, to serve as the primary research and development arm of the province.

Gov. Guico said CPS is one of the programs worth continuing and improving especially as its brings development to the province.

“Decisions must be evidence-based. CPS has an extensive area in research in so many disciplines. And these (researches) are vital as they help in decision-making,” Gov. Guico said during the short program.

The Governor also urged the group to form a consortium in Pangasinan, gather the talents and be a part of the best to be competitive nationwide. He also opened the possibility of making a research study on Brgy. Malico in San Nicolas town as to the land domain of the province.

In response, Dr. Buted thanked the provincial government and the CPS in PSU’s inclusion to the prestigious group as he enumerated the research development and innovation support activities that has earned recognition for PSU.

“We thank the governor who is also an academician kaya yung puso niya ay nasa sa academe, nasa edukasyon. We will support you in every way we can,” Dr. Buted expressed.

PSU commits to be binded by the terms in the agreements which include: the collection, preservation and translation of existing documents, conduct workshops and conferences, facilitate and advocate the integration of Pangasinan Studies in the curriculum of secondary schools and HEIs and provide technical assistance in the researches and scholarly pursuits of students that will foster knowledge creation, among others.