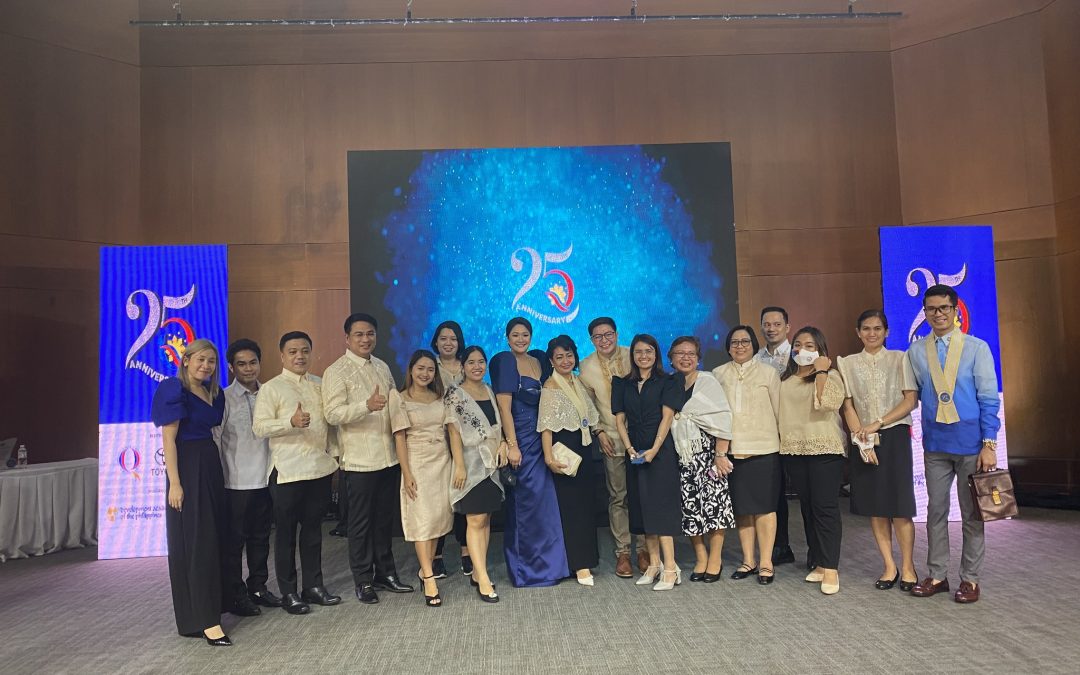 Rubbing elbows with the best of the best, Pangasinan State University shared the limelight with fellow awardees during the 25th anniversary celebration of the Philippine Quality Award (PQA) Program held at the Philippine International Convention Center (PICC) on October 12.

Bannering the theme ‘Celebrating Culture of Excellence, Cultivating Competitiveness and Innovation,’ the special occasion aims to commemorate the achievements of the PQA program since its creation through Executive Order No. 448 series of 1997.

Department of Trade and Industry – Competitiveness Bureau Director Lilian G. Salonga said the event aims to recognize stakeholders who played significant roles for the promotion of the culture of quality and organizational excellence in the country.

PSU, the only higher educational institution, both public and private, to receive the Philippine Quality Award Level III for Mastery in Quality Management in 2021, was invited to be part of the event.

The University was represented by its President, Dr. Dexter R. Buted and the Vice-President for Administration and Linkages Dr. Elbert Galas, who served as vice-president for Quality Assurance during the university’s bid for PQA in year 2020.

“One of PSU’s core strength is excellence in service delivery. Through the Philippine Quality Award, PSU stirred its workforce to do more than what is expected for customer satisfaction, we assure that our products and services are of quality and our process do not just meet but go beyond compliance when it comes to quality assurance.
We congratulate PQA for 25 years of brillance,” Dr. Buted said in a message.

PQA sets a global standard template that encourages and engages public and private organizations and stakeholders to strive for and attain performance excellence.