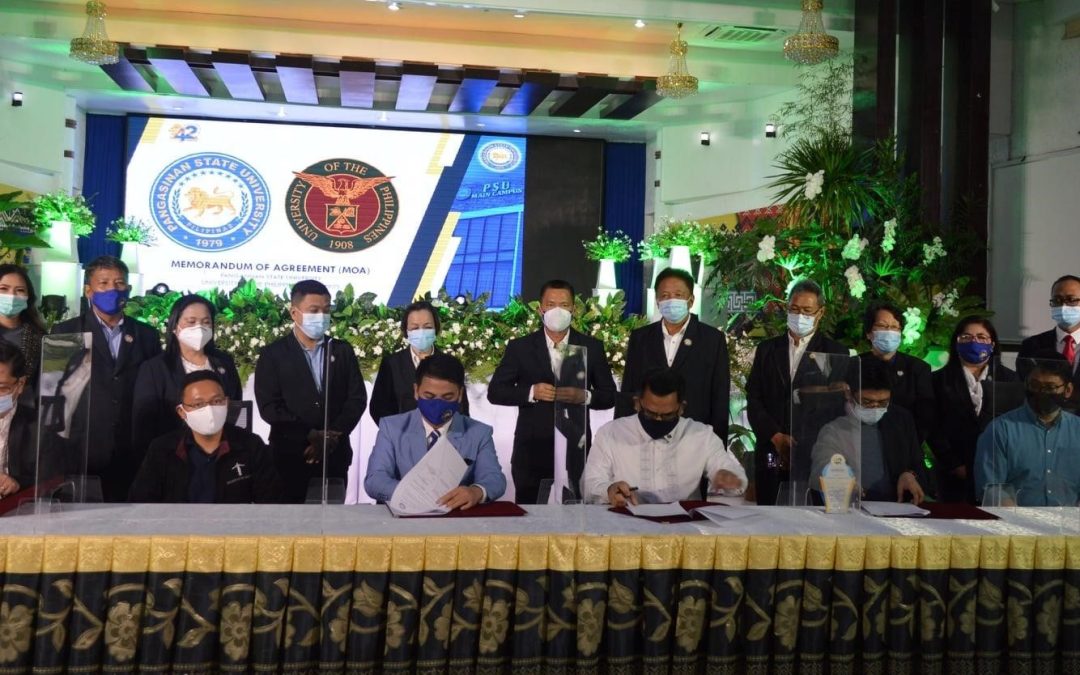 Grounded on the advancement of higher education in the archipelago, Pangasinan State University signed a memorandum of agreement (MOA) with University of the Philippines Los Baños last July 5 at PSU Main Campus, Lingayen.

The MOA signed by the two HEIs shall set out collaborative opportunities in areas of research and extension, academic programs development, faculty exchange, and leadership enhancement, among others.