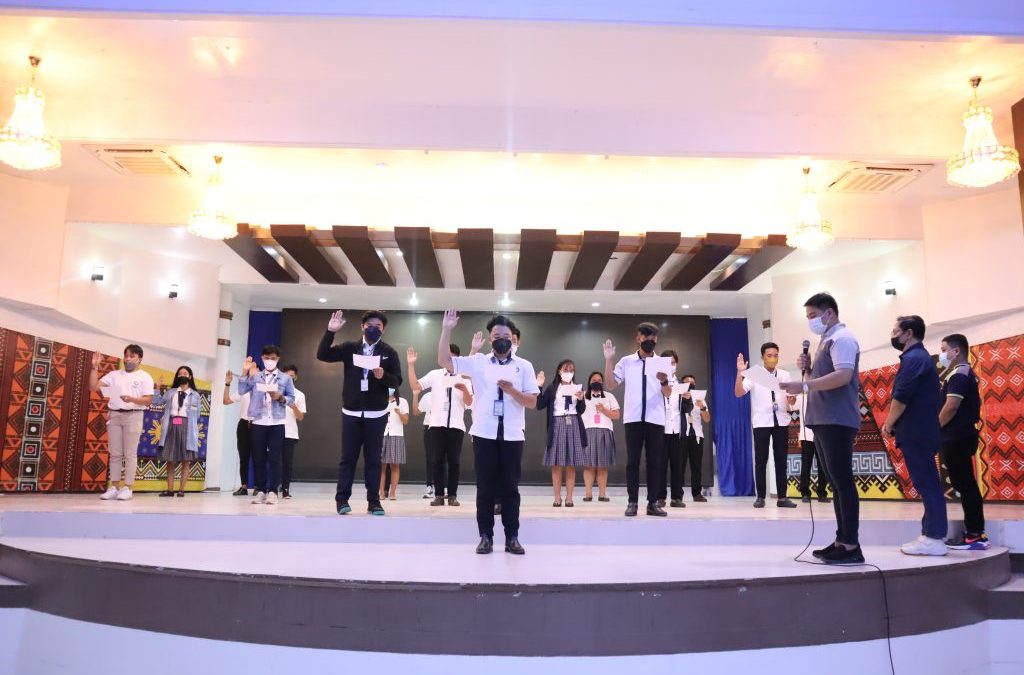 After a vigorous screening and election, the Electoral Tribunal released the roster of newly-elected officers of the Federated Student Government for S.Y. 2021-2022, where Christian Madarang of PSU Infanta won the 54-33-1 presidential race. Following that, Dr. Dexter R. Buted, University President, presided over the oath-taking ceremony.

The electoral was composed of ninety (90) members–ten (10) representatives, from the nine (9) satellite campuses of Pangasinan State University. These appointed/elected representatives were also newly-seated officers of their respective campus’ Supreme Student Council.

The Students and Alumni Affairs Office (SAAO), led by Prof. Celeste Mercado in collaboration with the Electoral Tribunal (ET), organized the day-long historical event at the Dr. Telesforo Boquiren Convention Hall on November 11, 2021

Madarang, student leader of Pangasinan State University-Infanta Campus (PSU-IC) under the banner of ALPHA Party, was hailed as the new President of the Federated Student Government after winning fifty-four (54) votes.

He was also the first on their campus to bring home the bacon for FSG presidency.

The beginning of a new era of leadership

Modern leaders are obliged to fulfill their duties and functions in accordance with the Federated Student Government’s Constitution and By-Laws.

Dr. Buted advised the students to be firm with their decisions and dedicate their leadership for the students and the University. He hoped that they instill integrity despite the bruising challenge they encountered on the battlefield.